Recently, I have seen a lot of discussion about the future of employment. Many people, from futurists to Leftists, are saying that machines will replace people and most people will be unemployed. This is hogwash, though it has been popular for at least 200 years, when the Luddites were smashing machinery.

Perhaps they didn’t know better, in the early days of Industrial Revolution. Maybe they really didn’t think of machines as providing an escape from drudgery. They might not have thought that people were freed from long days of backbreaking labor. They may not have considered that increasing productivity benefits the worker, the investor, and the customer—pretty much everyone.

Today, we don’t have their excuse. Economics teaches these points clearly, and this is not my point in writing this essay.

My point is that we have too many closet central planners, screaming to get out. Workers are afraid of losing their jobs. Social thinkers worry about unemployment. Economists refuse to understand rising productivity. Futurists fret that there is a dark side to progress. All of them are lending their support to central planning, whether they realize it or not.

Implicit in every one of these views is a simple confession. The worker, the social thinker, the economist, and the futurist do not know what the next big industry, the next big employer, will be. And, it’s not their job to know that! 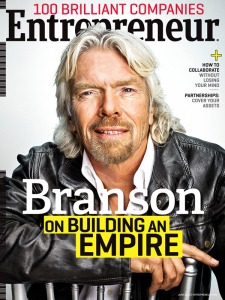 It’s the entrepreneur’s job to figure out how best to put people to work.

3 thoughts on “In the Future, Will Everyone Be Unemployed?”