2016 was a phenomenal year! Most of my focus over this year was on my company, Monetary Metals. That is appropriate for the founder and CEO of any early-stage company. Doubly so in this case, as Monetary Metals is a company with a vision to change the world for the better. People need a path towards the use of gold as money. Monetary Metals provides that path, a way to earn gold on your gold.

I raised a small amount of capital in February, sufficient to bring on board Bron Suchecki, formerly of the Perth Mint. And to begin working with Arie Levy-Cohen, formerly of Morgan Stanley, on defining the value proposition and branding.

In the Spring, I visited Hong Kong and Singapore for the first time. I was there to give keynotes at two gold-related conferences. I expected to really love the food in HK, as I seek out Chinese restaurants wherever I go. I did find two good places, but much of what I ate there was bland and starchy. I also may have eaten something bad there, because when I flew on to Singapore I felt unwell. I spoke and went to many meetings, only by the grace of being medicated. I stayed in the Marina Bay Sands, and did not even go up to its world-famous roof deck and negative-edge swimming pool. I got better when I returned home. Need to return…

This summer, I spoke at FredomFest. While at the conference, Monetary Metals announced its first gold fixed-income deal with another company who was there, Valaurum. We provide the gold they need to manufacture the Aurum®, a gold currency unit containing one tenth of one gram of gold in a clear plastic film about the size of a dollar bill. It is gold you can fold.

Interest on gold will change the world.

I am a member of the Arizona House Ad Hoc Committee on Gold Bonds. Arizona is considering my idea of issuing a gold bond, which gives the state a fiscal benefit, and attracts capital from all over the world. Here is the video of my proposal.

What do you do if you are invited to give keynote addresses in Great Barrington, Massachusetts and Kuala Lumpur, Malaysia? Less than one week apart?

If you’re crazy, you agree to both. If you’re insane (in a good way), you book an around-the-world ticket on the One World Alliance, and fly to Auckland, Sydney, Singapore, KL, London, New York, and home. You spend over three weeks on the road, meeting with partners and prospective clients. You also see some friends, hang out in Auckland, have some great beer, attempt to stay for the Australian Rules Football but get overcome by jet lag and bail out early. Then you spend 45 minutes walking up hill, uphill, and uphill some more, to get to the Langham Hotel at the top. And crash.

You have lunch with an investor at Aqua Dining, overlooking the water and a great swimming pool in Sydney. In Singapore, you have some good food and good meetings. This time I felt well and could enjoy. Then I flew on to KL. At the conference, they brought new meaning to the concept of serving tea. They had a noodle dish that was out of this world, plus little pastries. And, of course, tea and coffee. I am not a coffee drinker, but I am developing a love of tea.

In KL, I spoke about the Fed’s falling interest rate, and how nothing in the world is immune from its pernicious effects. Including even an Islamic finance program for homebuyers. It does not charge interest, and yet its rate of return has been falling since inception in the 1980’s.

From KL, took a redeye to London Heathrow. Checked in to the Sofitel in T5 to crash for a few hours. Had my first investor meeting Sunday evening in Chelsea by the Thames. Later that week, I had a small private tour of Westminster Palace and dinner in a private dining room. 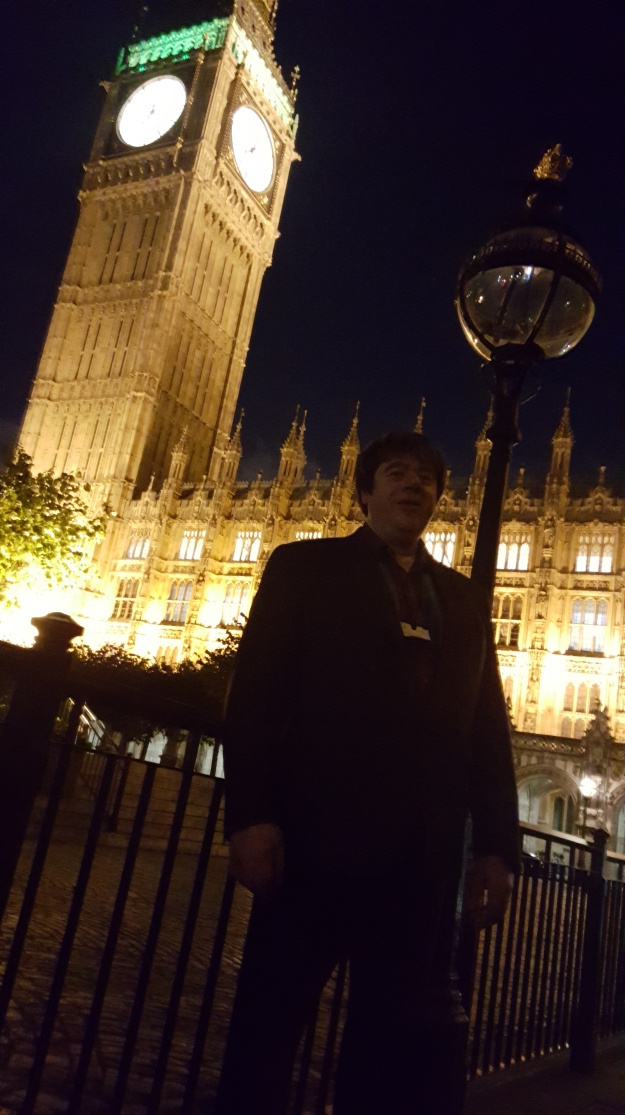 I also had a chance to take a train two hours north of London, catch up with a friend and have lunch in what I suspect was a Medieval pub. The ceiling in places was too low for me to stand up! Across the street was an old castle, much smaller than I expected. I missed an event at the Institute for Economic Affairs on Lord North Street. I was looking forward to it, but jet lag struck again. 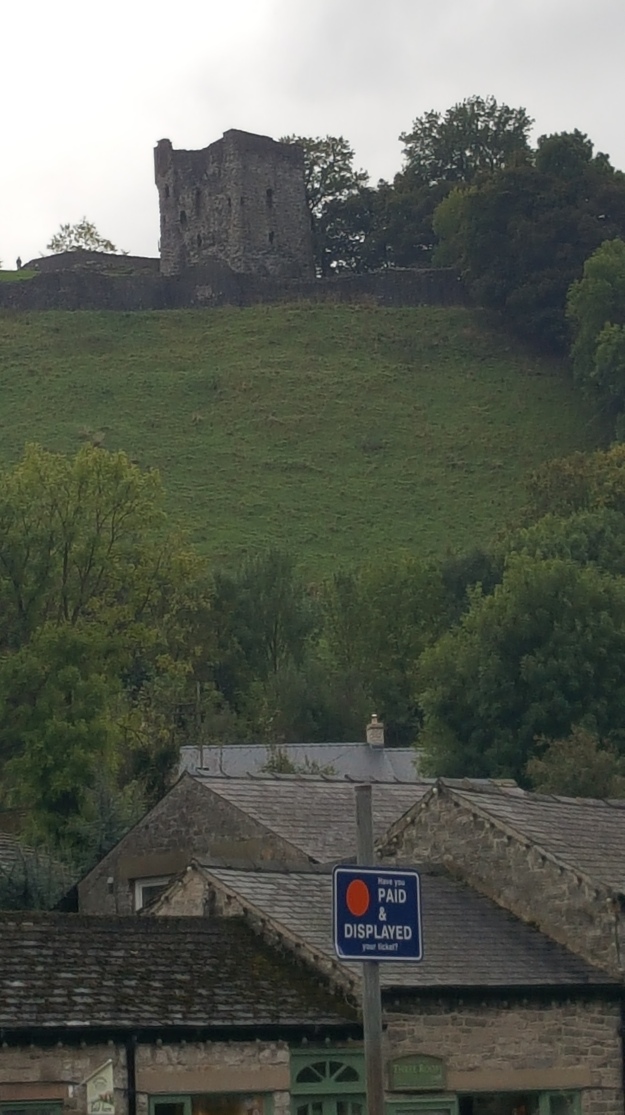 Then I flew on to JFK. Luckily, a hired car took me up to Massachusetts, where the American Institute for Economics Research has its headquarters in an old mansion. I was in no condition to drive. I realized something. By continually traveling west, I forced my body to stay away later and later. However, it’s hard to get up later and later. So I ended up with jet lag of increasing severity. I crashed a few hours when I arrived, and gave the keynote at their annual meeting (video here). Most excitingly, the audience was very excited by my ideas. I think my talk was different than others they’d heard.

The grounds are gorgeous, and I was there at the perfect time of year.

Right after I got home, I closed another investment round. I set out to raise $400K. Ended up with over $500K, from investors not just in America, but Europe, China, and down under.

Hours and several phone calls in which they lied to me later, the tow truck shows up. Do I have tow hooks? (no, it’s a 911, it doesn’t have tow hooks). OK, we’ll have to winch it up onto the flat bed. *CRUNCH*, the rear banged into the ground when the angle of the car changed as it began rolling up the bed.

Then followed a series of unrelated, unforced errors by various Porsche people. For example, inviting me to come to the dealership for a loaner car. I got there, no loaners. But we can give you a ride to Enterprise to get one. After the ride, waited on two lines. We’re out of cars, but we have a pickup truck.

At the end, I get a letter from my service adviser. “Soon, you will receive an emailed survey from Porsche… Unfortunately, anything short of Complete Satisfied [bold, underlined, and yellow highlighter in original] counts as a Zero score. The survey is very important to my career….”

In what universe does management allow an employee to give a letter like that to a customer?!

Despite that, I gave lots of feedback, not venting my emotions but specific criticisms of systems and processes which did not recognize the value of the customer or his time. I said bad systems beat good people. My salesman called me, to try to make me feel better and get me excited about a 2017 911 turbo. Unfortunately, the general manager called me the next day to undo whatever goodwill was created by the salesman. “Your car is in good mechanical order.” Yes, they got the car working, but that was never my complaint.

Now, I am thinking about the Audi R8 and Chevrolet Corvette Z06. Or maybe the hot Mercedes AMG coupe. No rush, my 911 has only 15,000 miles and right now I am focused on building a great company! 🙂